In two years the world’s largest photography museum will open in Marrakech, MMPVA (Marrakech Museum of Photography & Visual Arts). As part of the preparations, five Magnum photographers spent eight days documenting life in the Moroccan city.On Friday, I had the pleasure of viewing “Portrait of Morocco,” an exhibition held at the stunning El Baddi Palace, and attending a dinner in celebration of the MMP+. The following day the photographers; Jim Goldberg, Mark Power, Abbas, Susan Meiselas and Mikhael Subotzky spoke about the project and shared their experiences of photographing in Marrakech. Listening to them discuss their work, sometimes describing the experience as a ‘laboratory’, was truly fascinating.

The commissioned photographers had six days to shoot, and their work was to be exhibited almost immediately. Subotzky told us that, in fact, he did not even have time to look at half of the video he shot, and he had to teach himself in a few days how to edit the footage. He used six Hero cameras, fixed together to give a 360 degree view, from the back of a motor bike, as he rode through the streets of Marrakech. He described that those around him could not escape the six gazes of his ‘magic wand,’ and it was clear that he was not  entirely comfortable with this at all.

“None of us had worked like this before, in such a short time frame with such a broad brief,” Goldberg said. “For me, the creative strategies I usually use just did not work here.” It seems that Abbas agreed; the first Morrocan to address him on Day 1, was a young girl who yelled, “Don’t you dare take my photograph!” So, he started to work with shadows instead, and explained that if the little girl had not addressed him in such a way he may have shot something quite different. And even the animals are not an easy alternative subject, as Goldberg was to learn, after someone yelled,  “No! Stop! My horse does not want to be photographed.”

The photographers and project curator, Simon Njami, were happy to confess that a lot of beers were shared in the evenings, as the group tried to make sense of their individual, and collective, struggles. Power summed up the process perfectly, “It was difficult, and”, (with the support from the others and Njami, they realised together), “that it was alright that it was difficult.” Sage words.

Without any doubt, if you find yourself in a fight, Njami is the one guy you want on your side – when someone in the audience commented that she had expected to see more images that reflected the inner stories of Marrakech, he was quick to respond, “We are not interested in the Marrakech that you know. We are interested in the Marrakech that we met.” Bravo. That comment will stay will stay me.

For me, the most compelling work were the portraits by Meiselas. She took over seventy portraits of women in a pop-up studio set up inside the medina on Spices Square. All of the sitters were invited to either receive a copy of their portrait or a 20 diram note (£2). Some opted for the latter and, when Meiselas came to hang the show, she placed 20 diram notes in the places where their portraits would have been. She also invited all of the women to the Palace to see the show.

The first lady to see her portrait was overjoyed and clearly delighted. However, the second woman arrived with her sister, who was furious that she had allowed her image to be used – or bought – in such a way. She viewed the exchange as an insult to her sister, as if she had sold herself for 20 diram.

After hearing the photographers discuss their work, I returned to El Badii Palace to look at the exhibition again and to take some snaps of the Palace, shown here. For me, it is nothing to spend a day visiting a museum or an photography exhibition, yet a lot of people in Marrakech have never been to a museum or seen an exhibition before. David Knaus, the Managing Director of the MMPVA, explained that the museum, “Is to provide a cultural place in Morocco, so that what is happening today, is not lost. One woman who came to see Susan had not been in a museum before, and didn’t really know what one was culturally. To me this is a success, this is a benchmark for us, it defines what we want to do, what we want to be.”

Well, it certainly is a beautiful location to hold further exhibitions whilst the museum, designed by architect David Chipperfield, is being built. And I hope I shall be visiting again soon!

Mark Power, ‘I tend to set up, then watch and wait from a distance, so I become invisible after a while’

Mark Power, workers having a break for lunch among olive groves on the outskirts of the city

Susan Meiselas, Portrait of a worker in Marrkech’s Spices Square #1 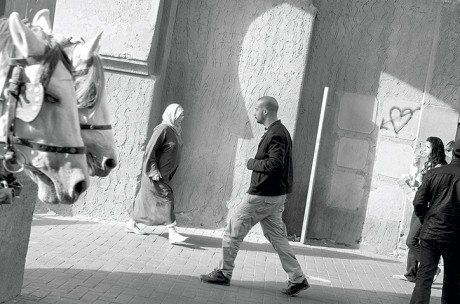 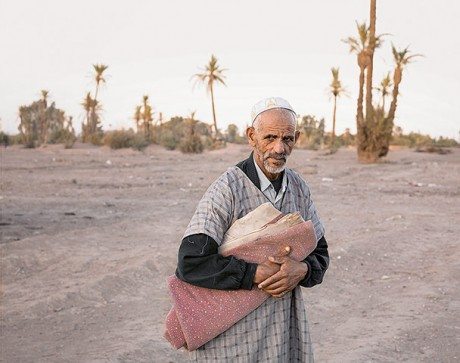 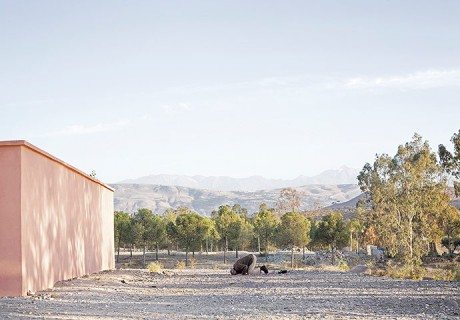 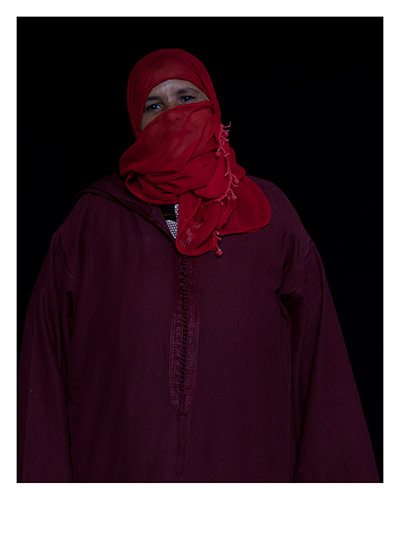 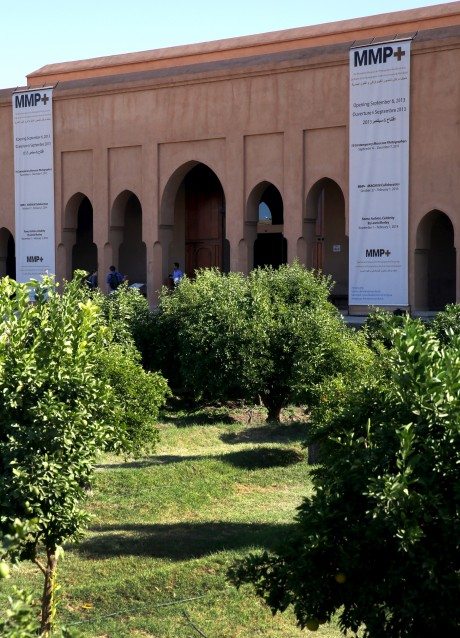 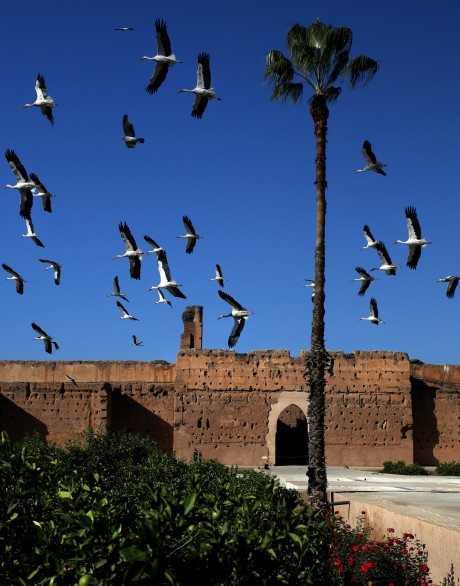 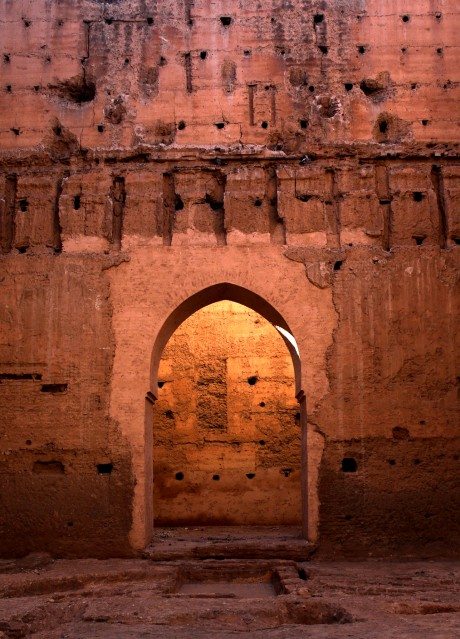 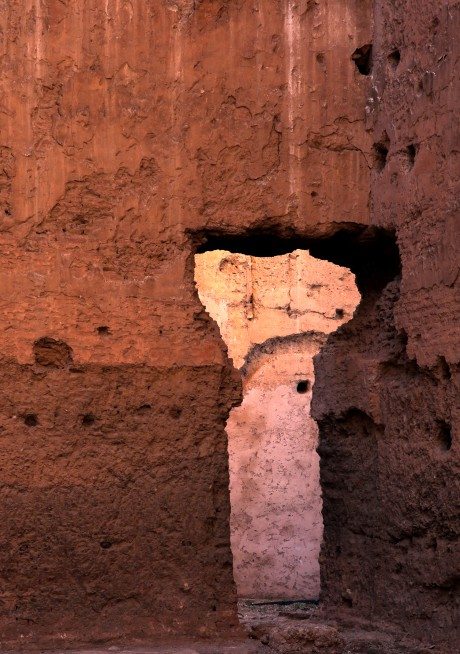 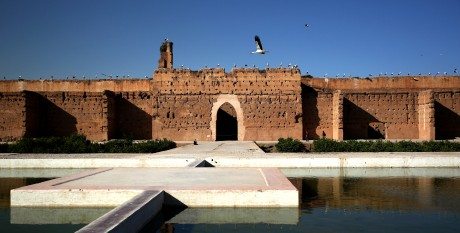