Designed in collaboration with the creators of the Gran Turismo Playstation driving series, Mercedes-Benz has introduced their ‘AMG Vision Gran Turismo’, a radical sports car that features the company’s signature gull wing doors and voluminous curves. Presented at the LA auto show earlier this week, the concept boasts a 577 horspower 5.5 liter v8 twin turbo engine capable of producing 800 lb-ft of torque at 4500rpm.

For its façade, the ‘AMG Vision Gran Turismo’ pays homage to classic competition cars with features that include the use of trigger catches to fasten both the bonnet and rear hatch. Made entirely from LEDs, the shape of the front grille references the classic Mercedes-Benz 300SL, lighting up independently in a variety of patterns and sequences. In addition, sound designers for the AMG have come up with specially-tuned exhaust notse for the eight independent exhaust pipes which have been integrated into the tail light.

The final image sees Kazunori Yamauchi (on the left) – producer of the Gran Turismo series – and Gordon Wagerer (on the right), head of Mercedes-Benz Design. 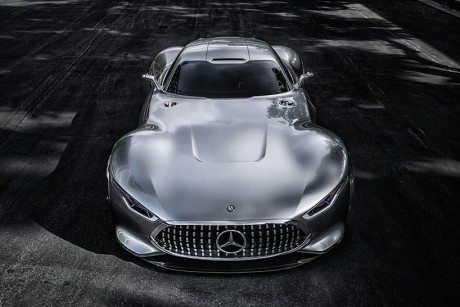 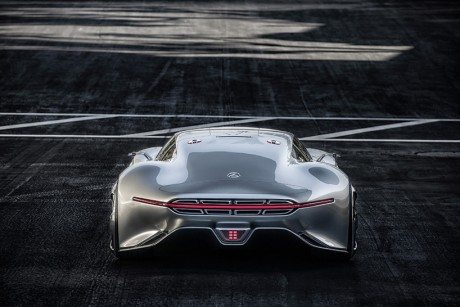 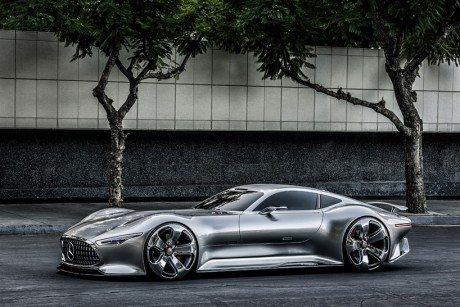 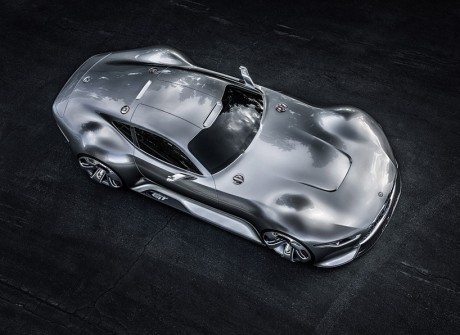 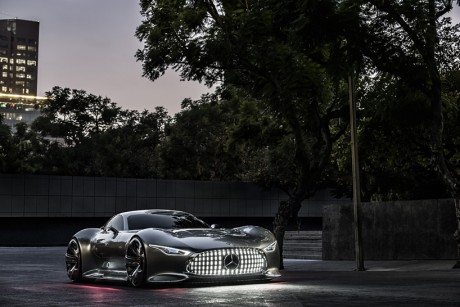 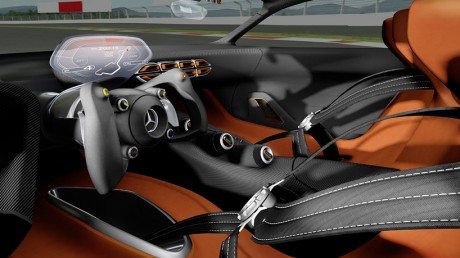 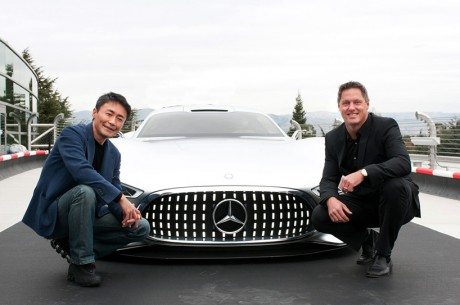