During World War II, many great works of art were evacuated from the Louvre and iconic works such as the Venus de Milo, along with Michelangelo’s Dying Slaves and Nike of Samothrace were kept in Château de Valençay.

In the second picture, Nike descends the Daru Staircase on 3 September 1939.

(Photo credited to Nicolas de Boyer, published in 1995 by Lynn H. Nichols The Rape of Europa: The Fate of Europe’s Teasures in the Third Reich and the Second World War. New York: Vintage Books) 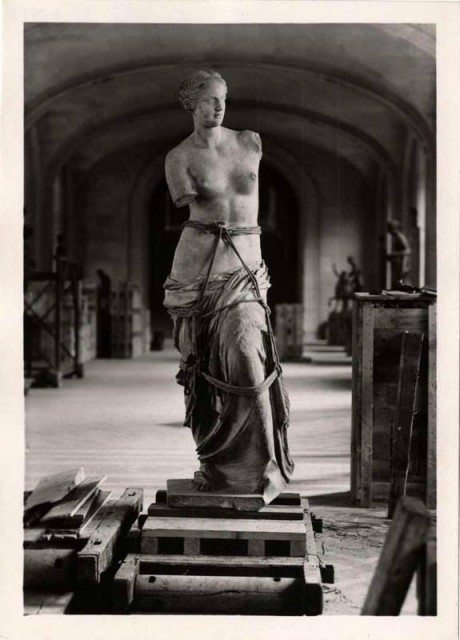 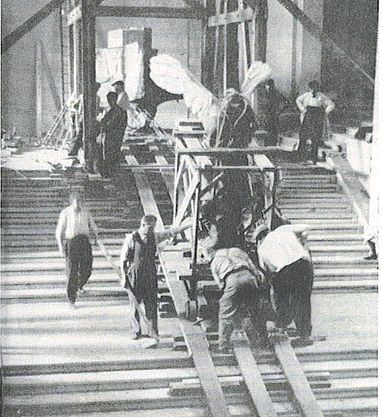