Photographer Mariano Dallago has installed a giant camera obscura on top of a hill as part of an exhibition in the mountainous Italian province of South Tyrol.

Dallago’s Camera Obscura is an optical device that consists of a box with a hole in one side. Light entering the hole is projected onto an internal surface as an upside-down image of the scene it faces.

The structure was created as part of the San Martin Art Culture and History outdoor exhibition in the Dolomites – a mountain range in the north-east of Italy that forms part of the Alps.

“I liked the idea of this work placed in the postcard landscape of the Dolomites,” Dallago told Dezeen.

“The concept behind the project relates to the language of photography,” he added. “I want the camera to be an invitation to think about the work behind each photographic project.”

Visitors enter through the back of the camera, and once inside they see an image of the surrounding landscape projected onto the wall. “The rays of light pass through a hole, or a lens,” explained Dallago. “Everything that enters from the right is projected to the left and what enters from above is projected below.” A black cloth attached to the back of the camera ensures the inside remains dark enough for the projection to be visible. “A magnifying glass has been mounted on the front, and a sheet of translucent paper is placed on the focal length of the lens to display the image,” Dallago said.

Although the images aren’t permanently transferred onto the paper, the photographer said that this was an intentional decision. “I liked the idea of building a camera that doesn’t do the photos, but that leaves just a hypothetical shot to look at,” explained Dallago.

Dallago installed the pavilion outside the Ciastel de Tor – a 13th century castle that hosts a branch of a local cultural museum – where it will remain in place until 12 September 2015. This year marks the second edition of San Martin Art Culture and History, after the first took place in 2013.

Ten installations exploring the theme of “borders” have been placed in various locations of historical and cultural importance around the area. 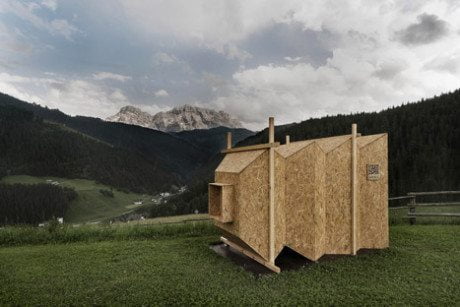 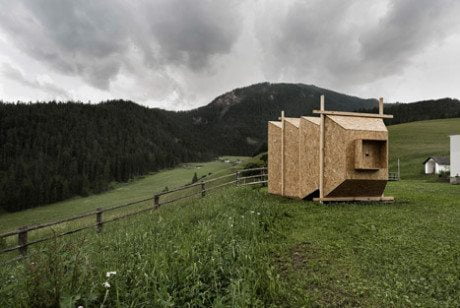 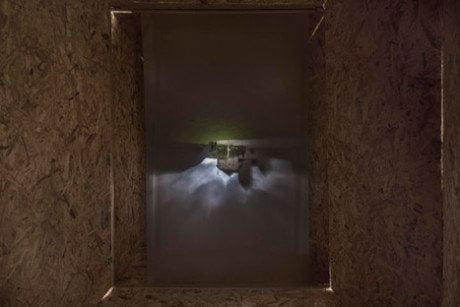 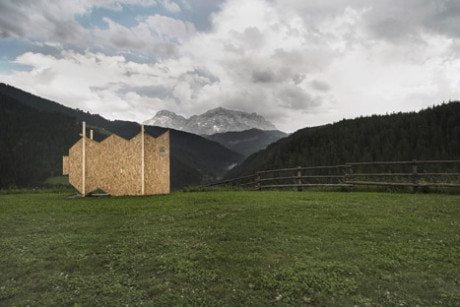 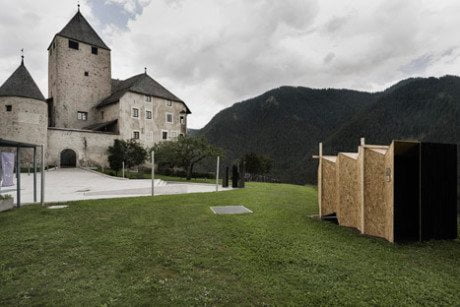 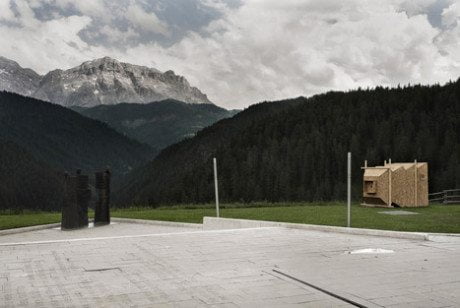 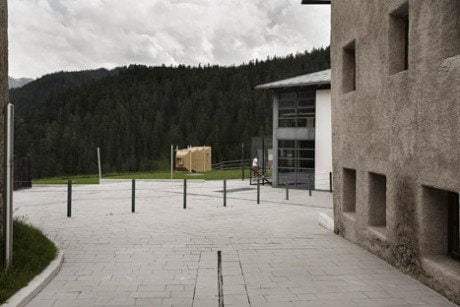